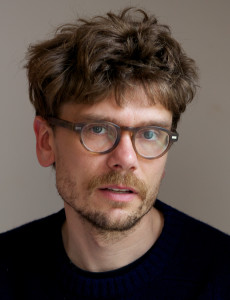 Since 2000, Travis Mathews has been working as a producer, editor, cinematographer, screenwriter, and director. Most recently, Mathews collaborated with James Franco to make the docufiction, INTERIOR. LEATHER BAR. Of the film, The New York Times said it was “one of the sharpest, best surprises” of the 2013 Sundance Film Festival. The film screened in over 75 festivals internationally, including Berlinale and Rotterdam, was a finalist for a Cinema Eye award, and was released theatrically by Strand Releasing in early 2014. In 2009 Travis started an ongoing documentary series called IN THEIR ROOM about gay men and bedrooms. The first of several episodes was filmed in San Francisco, followed by Berlin in 2010 and then London in 2012. Mathews’ feature narrative debut, I WANT YOUR LOVE (2012) about a group of gay San Francisco friends, premiered at the Frameline Film Festival, screened in dozens of international festivals, and was called “a bold film with rare insight into the uncensored lives of a generation of gay men” by filmmaker, Andrew Haigh (WEEKEND). In 2013, Mathews was an OUT 100 recipient and was recognized by filmmaker Ira Sachs as, “just the kind of new voice we need to tell our stories.” A self-taught filmmaker, Mathews has a “there’s always a way” perseverance that he applies to every project. His body of work focuses on gay male intimacy and masculinity, and is informed by a Masters in Counseling Psychology.