Generic Ensemble Company and the VORTEX present The Mikado: Reclaimed in conjunction with LuckyChaos Productions. Devised by the ensemble and based on the words and music of W.S. Gilbert and Arthur Sullivan.

The Mikado: Reclaimed flips the Gilbert and Sullivan classic on its head, presenting an (almost) all-Asian American cast performing a devised theatre piece with select musical numbers from the (in)famous operetta. Set in an internment camp in the near future, internees seek humanity amidst racism, corruption, and xenophobia. Queer love stories mingle with examinations of yellowface and conflict as we reinvent the well-known characters of Yum-Yum, Nanki-poo, and Ko-Ko. In a political climate of over-crowded immigrant detention centers, calls for “Muslim Bans,” and the largest refugee crisis in decades, The Mikado: Reclaimed explores human resilience and liberation in the face of real and metaphorical confinement. 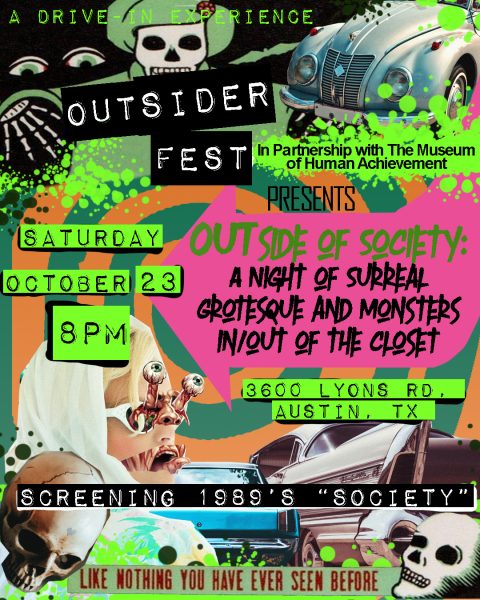 Join OUTsider & MOHA for a pre-Halloween drive-in screening of the 80s camp-cult horror flick of your worst fears/best fantasies: SOCIETY (1989)!