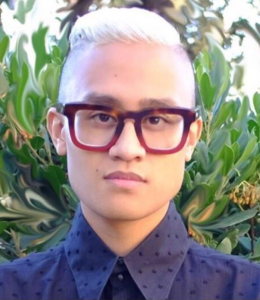 Josh (he/him/his) graduated from The University of Texas at Austin with a degree in Asian American Studies and Women’s & Gender Studies.  He enjoys crafts and collecting odds and ends.  Josh continues to explore forms of activism through design, fashion, and the mundane.
Bobette Mathis – Director of Operations & Board Vice President 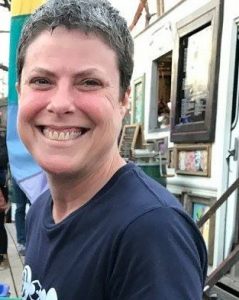 Bobette began her festival and nonprofit career with The Austin Gay and Lesbian International Film Festival (aGLIFF) in 1996 serving on the board as secretary and president as well as managing the festival box office and fundraising events until stepping down in 2005. In 2013, she joined Curran Nault, PJ Raval, Paul Soileau, Annie Small, and founder and former aGLIFF Artistic Director Scott Dinger in creating OUTsider Film & Arts Festival and continues to serve on the board, as Director of Operations, and festival site manager. Outside of and concurrent with her festival life, she worked in mechanical design for Schlumberger and for different University of Texas at Austin institutes for many years, and presently continues design freelancing and consulting.
Sarah Schoonhoven – President 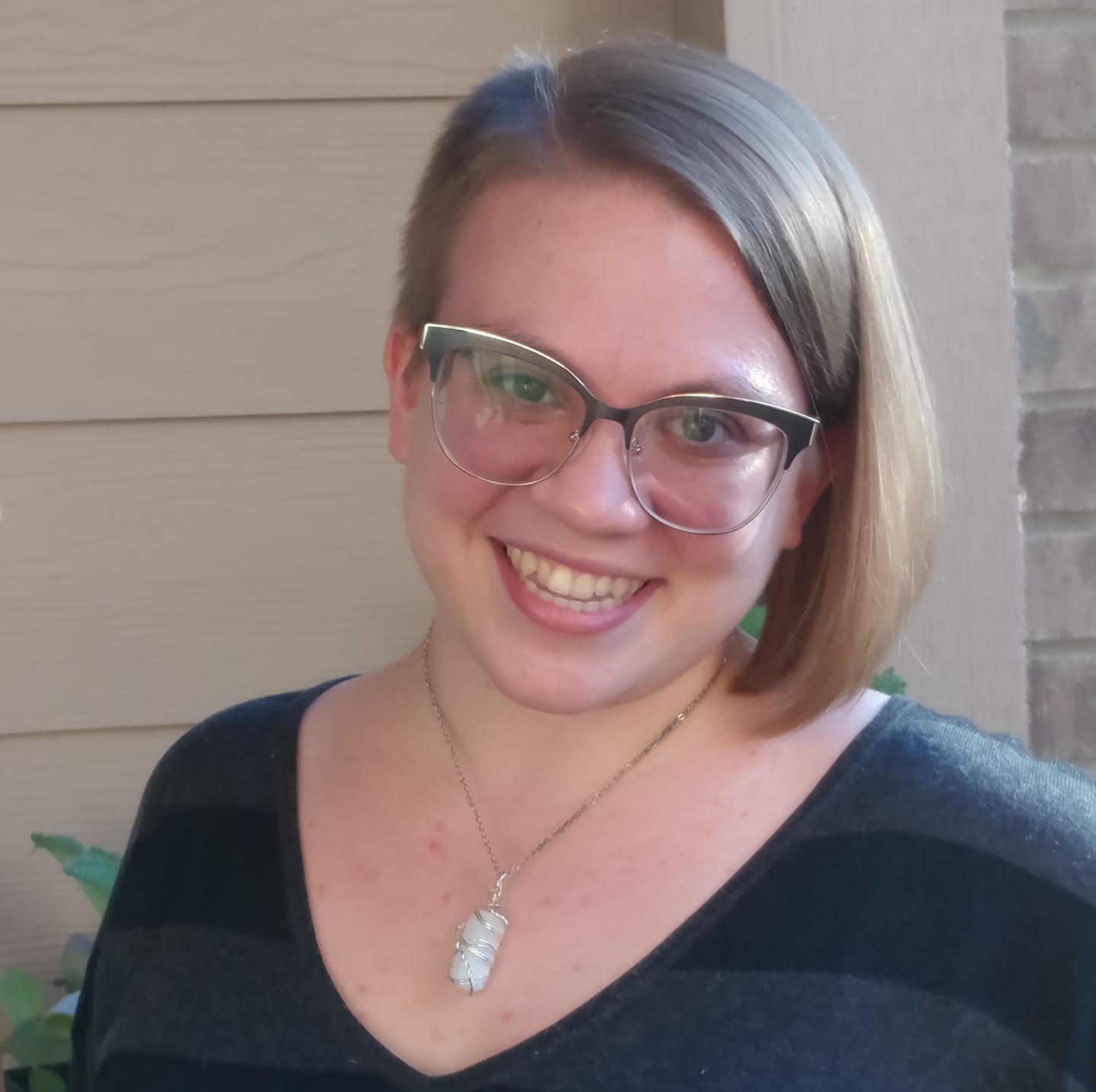 Sarah Schoonhoven (M.M.) (she/her/hers) is a strategic event designer, project manager, and program coordinator at UT Austin, where she works to create programming for instructors at the faculty, staff, and graduate student level and strives to center the full, radical inclusion of LGBTQA+ students and instructors in her work. She serves as Co-Chair of UT’s Presidential LGBTQIA+ Advisory Committee, as the Membership & Outreach Chair of the Texas Exes Pride Alumni Network, and as a past chair of PEFSA, UT’s LGBTQA+ staff/faculty association. She has previously worked in the Events and Hospitality Industry and received her Masters of Music in Music Theory at UT Austin in 2015, where she studied the electronic music soundtracks of noted Trans composer Wendy Carlos and worked in the UT Gender and Sexuality Center. Sarah is recently Gay Married ™ and would love to tell you all about it.
Molly Routt – Secretary 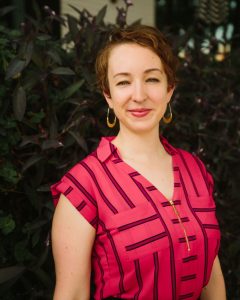 Molly has been hanging around OUTsider in various queerpacities since 2015 and brings a background in film production, nonprofit program management, and talent development. At work, she gets excited about helping organizations be strategic about their workforce learning and development, especially when it comes to equity and inclusion. At play, Molly gets excited about dance protests and learning Spanish.
Ellie Erickson – Treasurer 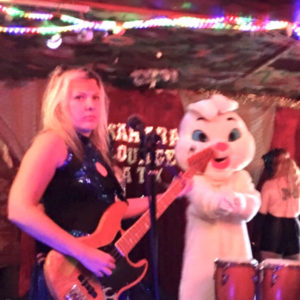 Ellie has played bass in outsider bands for many years and now plays in a new project called Hey Jellie, with her former band mate from Erase Errata, Jenny Hoyston. She has 13 years experience managing nonprofits and holds an MBA from UC Berkeley.
Laura Gutiérrez – Education Coordinator and Curator 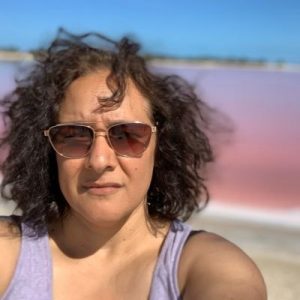 Laura G. Gutiérrez (she/her/ella/they/elle) is an Associate Professor in the Department of Mexican American and Latina/o Studies at The University of Texas at Austin and, when not teaching on all things related to culture, researches and writes about Latinx and Mexican performance and visual art. This deep commitment to contemporary art and culture-makers enables Gutiérrez to occasionally collaborate with artists. As the curator for OUTsider’s Conference on the Couch, and a peripheral member to the rest of the curating team for the festival, Gutiérrez works at bridging the academic and artistic relationship for the organization as member of the OUTsider board.
Curran Nault – Artist in Residence Director, Artistic Director EmQueerItus 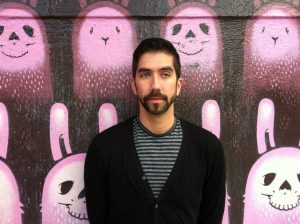 Curran Nault is the Founder and former Artistic/Executive Director of OUTsider (2013-2022). Previously, he was the Artistic Director of aGLIFF (the Austin Gay and Lesbian International Film Festival) (2011-13) and the Co-Founder and Director of Programming of AAAFF (the Austin Asian American Film Festival) (2007-11). Nault is also an Assistant Professor in Radio-Television-Film at the University of Texas at Austin. He is the author of Queercore: Queer Punk Media Subculture (Routledge, 2018), and his scholarship on grassroots queer trans*media has been published in such peer-reviewed journals as Jump Cut, Feminist Media Studies, Transgender Studies Quarterly, and the Journal of Film and Video, and been anthologized in Queer Love in Film and Television, Mediated Girlhoods, the Oxford Handbook of Queer Cinema and the Oxford Handbook of Punk, among others. In addition, Nault is a co-producer of the multi-award-winning the documentaries Before You Know It (PJ Raval, 2013) and Call Her Ganda (PJ Raval, 2018).
Jesse O’Rear – Digital Engagement Coordinator 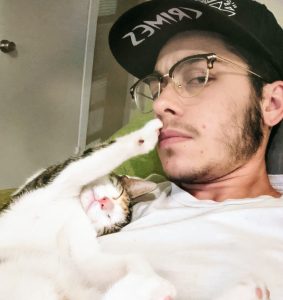 Jesse is a theatre scholar and pizza snob from New Jersey. After a quick jaunt through academia, during which he earned his PhD in Performance Studies from UT Austin, he now spends most of his time spreading beautiful queer love around Dallas with his partner and their three dogs.
PJ Raval – Media and Digital Archive Director 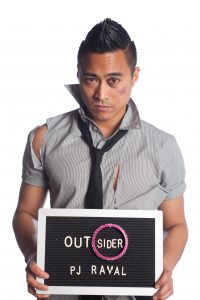 PJ Raval (he/him) is a queer, first generation Filipinx American filmmaker whose documentary work includes CALL HER GANDA (2020 Excellence in Documentary NLGJA Association of LGBTQ Journalists), BEFORE YOU KNOW IT (PBS) and Trinidad (Showtime). His provocative collaboration with queer performance artist and human pissoir, CHRISTEENE, has been described as “something you desperately wish you could un-see” (Hollywood Reporter) MmmHmm…PJ is a Guggenheim Fellow, member of the Academy of Motion Pictures Arts and Sciences, and a founding member of OUTsider. 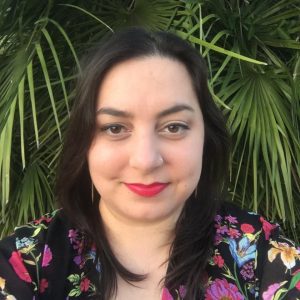 Jessica Smedlund is a SHRM certified Human Resource professional at UT Austin with experience working in nonprofit and film. She spent five years working for a nonprofit that provides diverse programs for adults with various types of disabilities and helped champion their mission to allow these individuals unlock the door to their full potential. Jessica also worked as a film/video production coordinator where she developed a regimented workflow for managing the moving parts of production.
Jacob Wilson – Hospitality Director
Bio coming soon!
FOUNDING MEMBERS
Annie Small 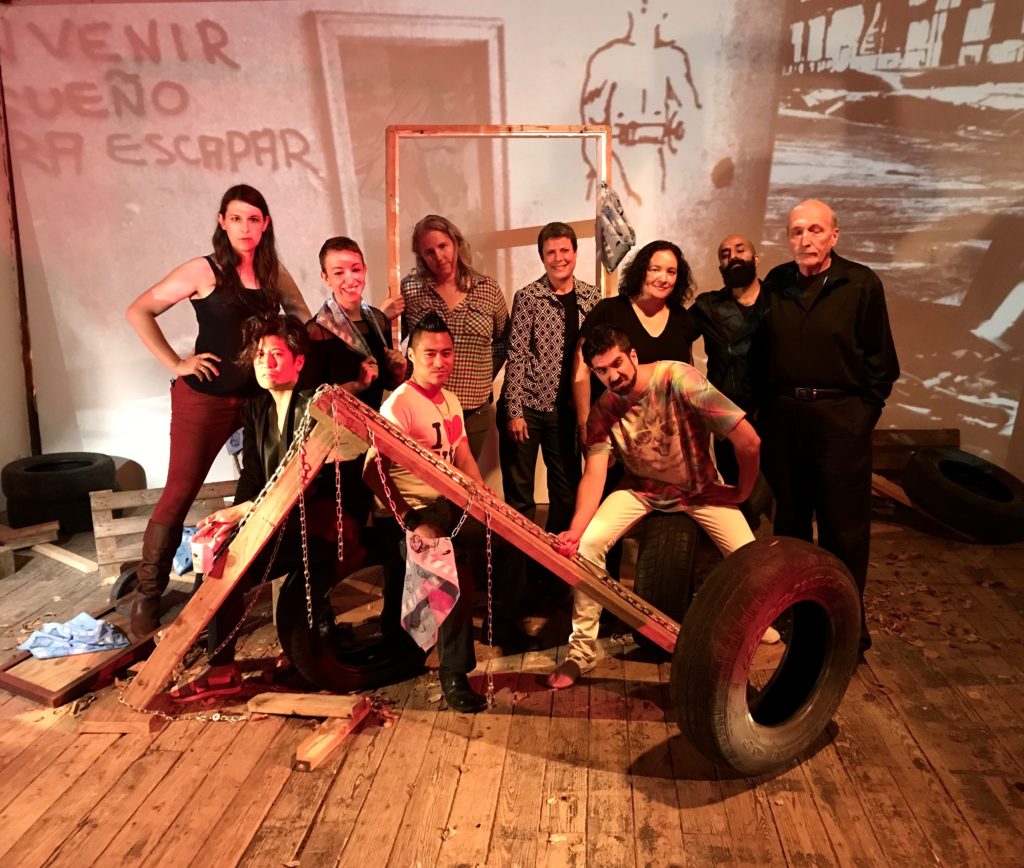