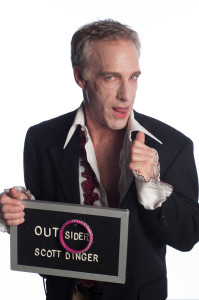 Born and raised in Pennsylvania, outside Amish country, Scott moved to the Texas coast in the 80’s to resurrect a long closed drive in movie theater with his brother, Jeff. After learning the nuts and bolts of film exhibition, Scott moved to Austin, Texas, where he and his brother purchased the Dobie Theater. With new ownership, the Dobie became known for its independent film programming, with the premiers of such films as Slacker, Hands on a Hard Body, the inaugural SXSW film festival, and the Austin Film Festival (AFF). In 1987, Scott founded the Austin Gay & Lesbian Film Festival (aGLIFF) and remained the director of the festival until 2004. He has since been involved in the marketing of independent films and theater construction. Currently, Scott is the Special Events Coordinator for AIDS Services of Austin (ASA).