Conference on the Couch 3: Intervening (in) Media


Misread Signs is a multimedia performance by Yuliya Lanina featuring animatronic sculptures, projected animation, music, and movement. It explores the effects of trauma on human psyche. Donned as one of her feathered creatures with antlers, Lanina performs within projected animations, illuminated solely by her anthropomorphic sculptures – skeletal birds with human baby heads and phosphorescent eyes. She is illuminated by only two light sources: her stop-motion hand-painted animations and the sculptures – plastic anthropomorphic skeleton birds with human baby heads and lights shining out of their pupils. In the course of the performance, we see the artist desperate, but unable to tell us something. Grounded in the personal, this piece examines the difficulties trauma survivors often experience in expressing and connecting with their feelings. Followed by an extended Q&A with the artist & Professor Ann Cvetkovich.

Join Diversidad Sin Fronteras Texas alongside and in solidarity with LGBTQI migrants as we write letters to our asylum-seeking trans sisters in detention in nearby Pearsall TX, helping break their isolation and letting them know they are not alone!

“If you can imagine all of the best things that the Pacific Northwest has brought us—Mount Eerie, Grunge, Sleater-Kinney, The Girls Rock Camp, and lush mountain ranges—reimagined and told through the perspective of an Indigenous Swinomish/Iñupiaq woman; if you can imagine the magic that would bring to your life then you can imagine Black Belt Eagle Scout.”— She Shreds Magazine

Released in September of 2018, Mother of My Children was the debut album from Black Belt Eagle Scout, the recording project of Katherine Paul. Heralded as a favorite new musician of 2018 by the likes of NPR Music, Stereogum, and Paste, the album was also named as a “Best Rock Album of 2018” by Pitchfork, and garnered further end-of-year praise from FADER, Under The Radar and more. Arriving just a year after that debut record, At the Party With My Brown Friends is a brand new full-length recording from Black Belt Eagle Scout. Where that first record was a snapshot of loss and landscape and of KP’s standing as a radical indigenous queer feminist, this new chapter finds its power in love, desire and friendship.

What do you do when your Nigerian drag queen goddess instructs you to tell a new story? You summon your artistic ancestors (James Baldwin, Nina Simone, Grace Jones, Fela Kuti…) to help you craft a tale that’ll stem the rising tide of fascism. And you make sure your community is with you every step of the way. A call to arms, a spectacular reckoning, MANIFESTO is Rotimi Agbabiaka’s latest solo play, in which you the audience (and a cast of historical (s)heroes) will help a young artist create a manifesto for a 21st century theatre of liberation. We’re gonna speak, sing, and scream our way to an art form capable of taking on the unhinged forces of racist, fascist, capitalistic foolishness … and winning. Come prepared to take a stand.

Films included in this program:

Time to slap tha turkey high an take a leap of faith oh my! its here its here a dainty deer be ramblin in your nugget patch! Shaboom! Shaboom! a Clowne Towne room be layin out bologna paths for you to skip along to find such wonder that will leave you blind! So take a chance an drop your pants and show it up to smell tha prize yes we three spleens will stretch our means to polish up your night light bright! 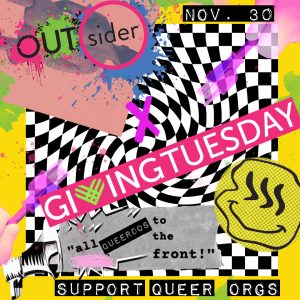