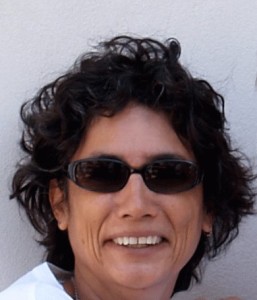 Sandra moved to Austin Texas to attend nursing school at the University of Texas, but that career path quickly changed when her entrepreneurial spirit kicked in and she opened Chances, a popular downtown music venue (1989-2004) and conceptualized and managed Project Transitions’ Top Drawer which opened in 1993 and continues to be one of Austin’s premiere Thrift stores.

Sandra joined the Austin Gay & Lesbian International Film Festival (aGLIFF) in the 90’s serving as volunteer, Board member and Executive Director until 2004.

She currently works for the Texas Department of Insurance and looks forward to her dream of traveling across the USA in a vintage Airstream.