And, The Award Goes To….

Each year OUTsider confers a Legacy Award to an artist who embodies the best qualities of being a cultural misfit: bold originality, oddball charm, wild disobedience, brilliant misbehavior. In previous years, we honored punksters Tribe 8 and performance artist Annie Sprinkle and Beth Stephens… 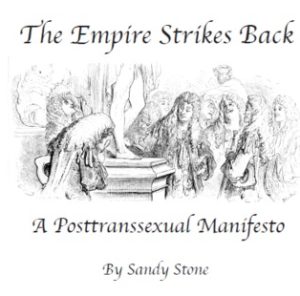 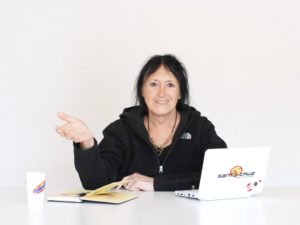 This year, for the 30th Anniversary of her pathblazing essay, “The Empire Strikes Back: A Post-Transsexual Manifesto,” OUTsider honors rebel visionary Sandy Stone. “The Empire Strikes Back” is considered a foundational essays of Transgender Studies, with its courageous call to transgender self-assertion in the face of societal condemnation and abuse–including from certain sectors of the feminist community. A radical pioneer on multiple fronts, Stone is also known for her non-traditional pedagogy and leading role in cultivating the field of New Media Arts via the ACTLab at UT. In honor of this penultimate OUTsider, we will be hosting a commemorative 30th Anniversary Conference on the Couch panel dedicated to “The Empire Strikes Back,” followed by a celebratory award reception.