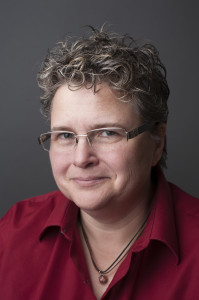 Madge Darlington is a Founder and Co-Producing Artistic Director of Rude Mechs Theatre Collective of Austin, TX.  A producer, director and self-proclaimed “backstage dyke,” Madge was most recently Production Supervisor for Rude Mechs’ run of Stop Hitting Yourself at  LCT3/Lincoln Center Theater. In Fall 2013 she directed the world premier of Kirk Lynn’s Fixing King John at The Off Center.  With Shawn Sides, she co-directed the Rudes’ re-enactment of the Performance Group’s experimental classic Dionysius in 69 which was nominated for a Bessie Award.  Other credits include co-creating The Method Gun, which premiered in 2010 at the Humana Festival of New American Plays; directing Nadine Mozon’s Delta Rhapsody for the Black Arts Movement Festival (2009); serving as technical director and production manager on several national and international tours for Rude Mechs; and co-founding and co-directing Rude Mechs’ Grrl Action, an arts program for teenage girls.