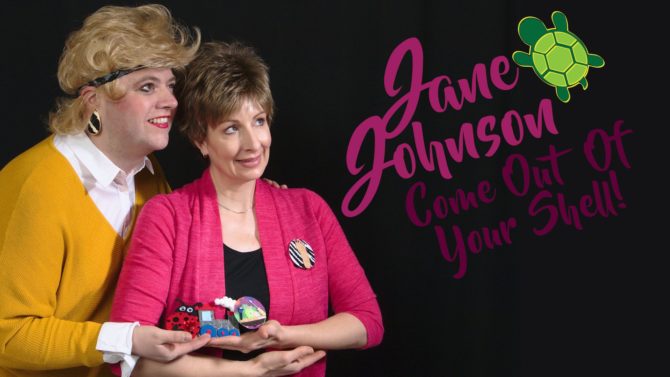 Jane Johnson for the Home Shopper is an original musical comedy that takes place over the span of one hour of Jane (Shane O’Neill) and her partner Pam Heller (Jill Pangallo) selling their accessories on the Home Shopper Network, a channel not unlike QVC. The show is a fictional adaptation of the story of Jeanne Bice, founder of QVC’s novelty sweater empire, “The Quacker Factory,” and its video components and set design mimic the gently persuasive tone of the Home Shopping Network. The show features original songs, improvised calls from viewers at home, and sweetly aggressive marketing techniques. The message is the same as Jane’s call to her fans: “Little Turtle, it’s time to come out of that shell!”

*Co-sponsored by the Rude Mechs*