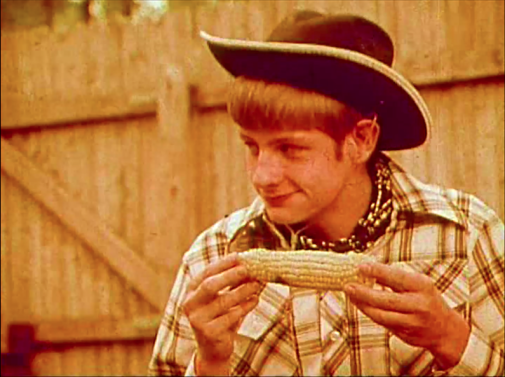 COSMIC CRYSTALS (Jonathan Caouette): Derived from the school of Cinema Poverte’, TARNATION filmmaker Jonathan Caouette, has made a super low fi, hallucinatory, fever dream film comprised of 1970’s children’s educational television. The film is a mash-up of public domain clips, educational films, online gifs, a killer dream pop song by Nyles Lannon, and Paul Falcone’s The Cosmic Crystal (a brief part of which was used for Tarnation.) Jonathan first saw it on PBS’s ZOOM in the 1970’s which inspired him to want to make films. Cosmic Crystals is part of a soon-to-be trilogy.

Texas native Jonathan Caouette first left his mark on the world of cinema as the director of the impressionistic documentary TARNATION–a kaleidoscopic meditation on what it was like to be raised by a schizophrenic mother. Caouette was prompted to sort through old Super-8 home movies, photographs, audio recordings, and other various pop-culture snippets after his mother overdosed on lithium, and the resulting film was an absorbing, polarizing account of abuse, neglect, and mental illness. In addition premiering at Sundance and Cannes in 2003, receiving nominations at the Gotham and Independent Spirit Awards, Caouette’s maverick documentary also found him bestowed with an Emerging Documentary Filmmaker award by the International Documentary Association. Caouette has also directed the experimental short film ALL FLOWERS IN TIME  and the feature documentary WALK AWAY RENEE. The latter was produced by Agnes B and premiered at the 2011 Cannes Film Festival.  As an actor, Caouette played a major role in the 2006 film FAT GIRLS and the 2012 film PORTLAND. He also appeared in SHORTBUS, directed by John Cameron Mitchell. 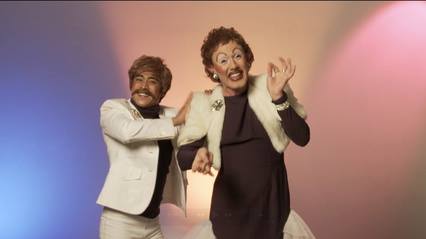 THE REVERIE AND RANDEE SHOW (PJ Raval): An over-the-top televangelist and her bizarre dancing sidekick (Austin artists Paul Soileau and PJ Raval) produce a television show that is a glorious hot mess of biblical proportions. 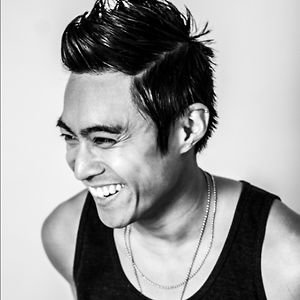 Named one of Out Magazine’s “Out 100 2010” and Filmmaker Magazine’s “25 New Faces of Independent Film 2006,” PJ Raval is an award-winning filmmaker whose credits include TRINIDAD (Winner Best Documentary Cleveland International Film Festival 2009, Showtime, LOGO), the highly charged & not-safe-for-work CHRISTEENE video collection (praised by the Hollywood Reporter as “…something you wish you could desperately un-see”), and BEFORE YOU KNOW IT, a documentary following the lives of three gay senior men as they face the challenges of life and love in their “golden years” (SXSW 2013, Winner Best Documentary Chicago LGBT Film Festival). Also an award-winning cinematographer, Raval’s work has earned him awards such as the ASC Charles B. Lang Jr. Heritage Award and the Haskell Wexler Award for Best Cinematography. Raval’s cinematography work includes the 2009 Academy Award-nominated & Sundance Grand Jury Award winner TROUBLE THE WATER and the Independent Spirit Award-nominee ROOM . In his spare time Raval likes to try and take small naps and pretend he knows ballet. 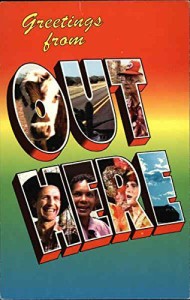 GREETINGS FROM OUT HERE (Ellen Spiro): Time travel with Ellen Spiro on a 1993 queer film journey. Spiro will show clips from her queer festival and international television sensation, GREETINGS FROM OUT HERE. Spiro roamed the southern U.S. for a year as a one-woman, one-dog film crew documenting queer subcultures and renegades. The film was invited to Sundance and screened on PBS in the USA, on Channel Four and BBC in England, SBC in Australia, CBS in Canada and elsewhere around the globe.

Ellen Spiro is a Professor of Radio-TV-Film at the University of Texas in Austin and a boundary-pushing documentary filmmaker whose work champions mavericks and renegades with wit, delight, and emotional depth. Her documentaries include DIANA’S HAIR EGO, GREETINGS FROM OUT HERE, ROAM SWEET HOME, ATOMIC ED & THE BLACK HOLE, ARE THE KIDS ALRIGHT?, TROOP 1500, FIXING THE FUTURE and BODY OF WAR (with co-director Phil Donahue) which was shortlisted for an Academy Award. Honed as an artist in the Whitney Museum Independent Study Program, Spiro’s films are found in permanent collections of the Museum of Modern Art in New York, Academy of Motion Picture Arts and Sciences, UCLA Film and Television Archive, Peabody Collection of The Paley Center for Media and the New York Public Library.  Awarded fellowships from Guggenheim, Rockefeller and National Endowment for the Arts, she won two Gracie Awards for Outstanding Director and Outstanding Documentary for TROOP 1500 from the Foundation of American Women in Radio and Television. Spiro studied at the University of Virginia, earned her Master’s Degree in Media Studies at S.U.N.Y Buffalo and did post-graduate work in the Whitney Museum’s Independent Study Program.  Her films have been broadcast and premiered in prestigious film festivals around the world. 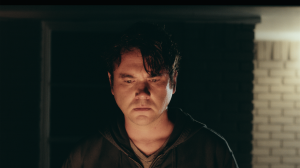 THE OUTFIT (Yen Tan): A politician is haunted by an outfit that won’t go away. Inspired by actual events.

Yen Tan premiered the critically-acclaimed PIT STOP at Sundance 2013. It was nominated for a John Cassavetes Awards at the 2014 Independent Spirit Awards. The film has acquired distribution worldwide. His previous feature, CIAO (2008), was released theatrically and was a Queer Lion contender at the Venice Film Festival. He currently lives in Austin and also works as a graphic
designer, where he is known for his key art of several prominent independent films that screened at Cannes, Toronto, Berlinale, SXSW, and Sundance.