Join us for the Closing Night celebration at beloved Austin hip-spot, Cheer Up Charlie’s! 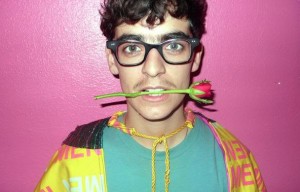 JD Samson is best known as leader of the band MEN and for being one-third of the electronic-feminist-punk band and performance project, Le Tigre. For more than a decade JD’s career as a singer, producer and DJ has landed her at the intersection of the music, art, activism, and fashion. During that time she has toured the world, produced songs for Grammy award winning artists, written for publications such as Huffington Post, Talkhouse, and Creative Review and engaged in direct support with a wide-range of progressive social and political causes. 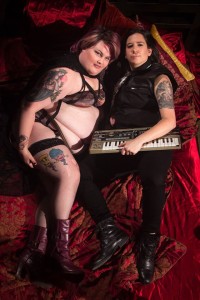 Motivated by a dare and a mutual belief in the power of the synthesizer, GAYmous started emotionally scissoring with audiences in 2012 and fans never want it to stop. Bay Area Slut Step artists, FX Boi and Pizza Cupcake heat up the stage with their interactive theatrical shows. They have shared the stage with the likes of Nicky Click and Double Duchess. Choreo breakdowns and tiny shiny costumes compliment a queer electro-pop sound that is the child of Prince and all his lovers’ bands, Gravy Train!!!!, and the sound of the kinky sex your neighbors have upstairs. 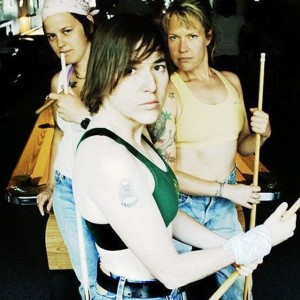 The Goddess is in all women and some men, according to the comedic, punky act L E S B I A N S. Actor Tara Jepsen and singer/guitarist Jenny Hoyston keep us laughing (and the band is uncommonly good). Featuring Tara Jepsen, Jenny Hoyston, Deb Norris and Darcee Douglas. 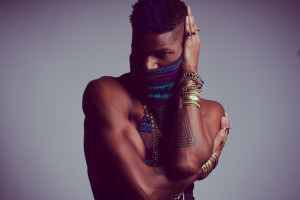 Theolonious Love hails from Houston, where he cut his teeth on auditorium and theatrical stages. He has proven to be prolific in a variety of forms including songs, paintings, writings, dance, drama, photography, carpentry, crafts, love, and… love. Since relocating to Austin, he has only gotten stronger as an artist, creating a unique, triangular melding of styles from Austin, Houston, and New Orleans. Look for his mixtape, NO OTHER LOVE ALIVE, available now from Jurnt Entertainment. 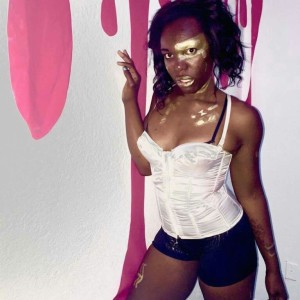 Ah-Mer-Ah-Su is the music project of trans* artist Star Amerasu. This project is an exploration in various music genres and has its roots in dance and electronic music. Star is an alumnus of McCallum Fine Arts Academy located in the Allandale hood of Austin. This will be her first time performing as this project here in Austin. She currently lives in Oakland California and recently recorded her premiere EP “Eclipsing” you can find her online on Facebook, Instagram, SoundCloud and by going online to www.makestarfamous.com 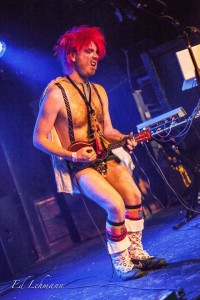