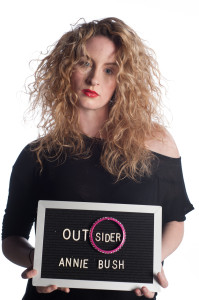 Annie Bush is an award-winning educator turned filmmaker based in Austin, Texas. She comes to the world of film & art after having spent seven years teaching young people the discipline of Spanish and volunteering as a coach and co-sponsor of school clubs like the Gay Straight Alliance. Annie co-produced PJ Raval’s feature documentary Before You Know It, which follows the lives of three gay seniors as they navigate the adventures, challenges and surprises of life and love in their golden years. Before You Know It World Premiered at SXSW 2013 and is the winner of multiple Audience and Jury Awards like the AGLIFF/Polari Scott Dinger Award. Annie also works alongside director Russell O. Bush as Producer for films like the award-winning documentary Vultures of Tibet shot in Tibet, China, and India. Vultures of Tibet was nominated for a 2013 IDA Award for Best Documentary Short in addition to snagging a nomination for a 2013 Student Academy Award. Skilled in promotion and community engagement cinema, Annie uses her educational experience as a storyteller to forge new communication, connecting films and art to targeted audiences while raising challenging questions that expand our collective understanding.