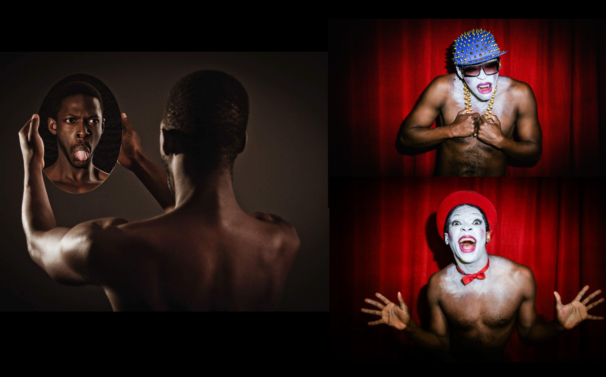 A queer, black actor dreams of a dazzling career on the American stage but will first have to leap over obstacles placed by an industry that isn’t always welcoming to applicants who are neither white nor straight. To succeed he’ll have to battle the demons of homophobia, racism, and corporate cannibalism and learn to tell his own story.

Based on Rotimi’s real life experience as a professional actor, Type/Caste is a fast paced and humorous journey into the peaks, pitfalls, and hallucinations of a young artist’s quest for success in a gentrified and commercialized industry as he attempts to create outsider art in a profession that favors insiders and in spite of the soul suck of capitalism. Hailed as a “spectacular, neon-drenched, coup-de-theatre” by 48 Hills magazine, Type/Caste is a personal look at the politics of (mis-) representation on the American stage.