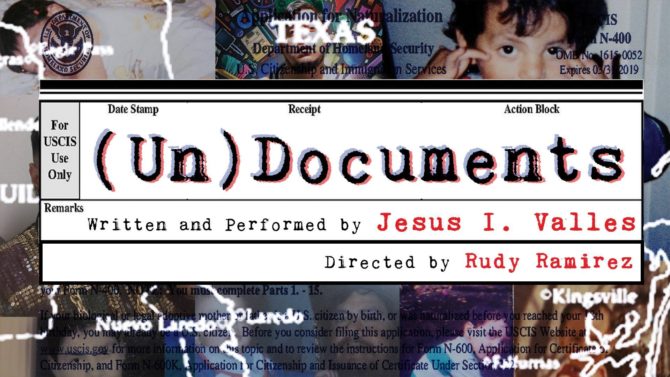 With a single phrase, you can give up your country. With a single signature, you can tear a family apart. With a single word, you can learn to transform. In his first full-length solo show, (Un)Documents, award-winning actor and poet Jesus I. Valles journeys across both sides of a river with two names, moving between languages to find his place as a son, a lover, a teacher, and a brother in a nation that demands sacrifice at the altar of citizenship. In doing so, he creates a new kind of documentation written with anger, fierce love, and the knowledge that what makes us human can never be captured on a government questionnaire.

Note: This is an encore presentation of one of 2018’s most acclaimed local acts: (Un)Documents was the recipient of B. Iden Payne awards for Lead Actor (Valles), Direction (Ramirez) and Original Script (Valles). 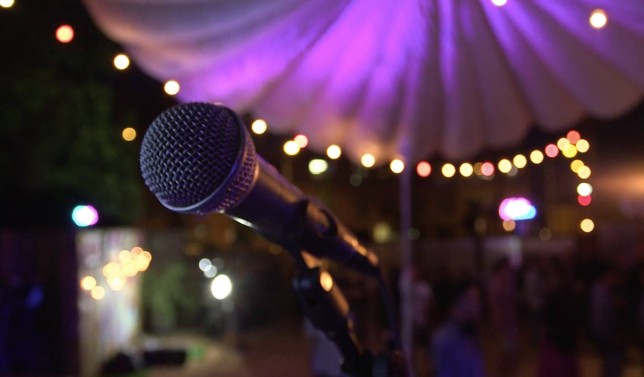 Five years in the making, we bring you our first spoken word spectacular, accompanied by dazzling dance moves and featuring  the electrifying elocutions of: 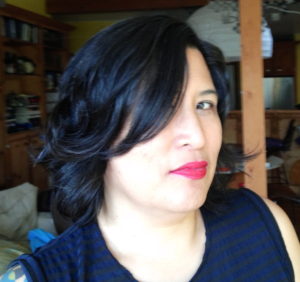 Kimberly Alidio presents “The Sky Forever”: What happens when a queer-dyke artist at midlife and mid-career makes something for herself but not just herself? What happens when an experimental poet and an improvisational dancer-choreographer converse intimately in new movement vocabulary in front of an audience? Can kinetic/ poetic responsivity be an intimate, deep tissue mode of resistance to genocidal, carceral, fascist normative perception and relations? Long-time friends and collaborators Kimberly Alidio and Andee Scott return to the city where they first met to make a dance neither of them knows how to make. With Errin Delperdang, Dany Casey and Olivia Whitmer. 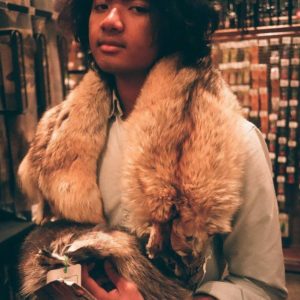 Davy Le Jones Nguyen presents “Speaking the Body Into Significance,” a spoken-word performance that creates an intimate conversation and relationship between the poet and their audience, drawing potent parallels between poetry and “speaking our own (queer/trans) bodies”: the “act of refleshing ourselves out of silence and into world. Out of fleeting curiosity and into significance.” 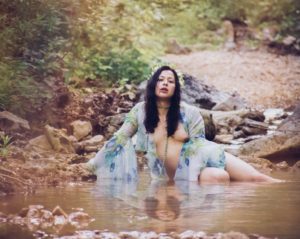 Joss Barton is a poet, writer, and journalist documenting transgender and queer love and life in Saint Louis, Missouri. Her spoken word poetry blends femme fever dreams over the soundtrack of american nightmares and queer and transgender liberation. She will be reading excerpts from her newest poem “The Wagon’s Ain’t Here Yet.”

Co-sponsored by Gender Unbound and Prizer Arts and Letters.

Low and Behold is a play about one queer’s love affair with adult DVD stores, the hustlers that frequent them, and the momentary friendships forged over cheap late night meals. 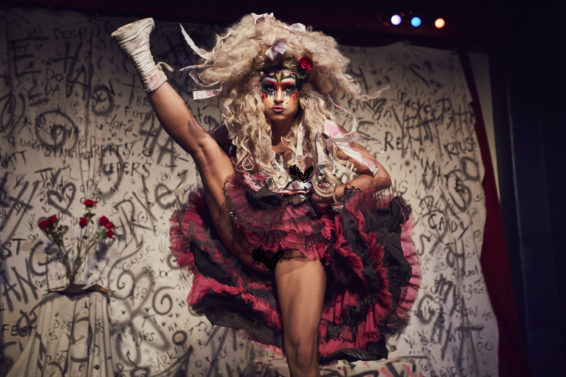 All the way from Australia for an American debut, on the heels of sell out seasons around the world, dive into Betty Grumble’s ongoing womanifesto, protest party and long hard kiss. Witness her ecosexually charged flesh riot ritual of dancing dissent, disco and deep push back-ery. Where pleasure is a radical act and the body a bloody love letter. As Peaches puts it, “Transformative and Wild. See Grumble!”

Co-sponsored by Workout! with Erica Nix 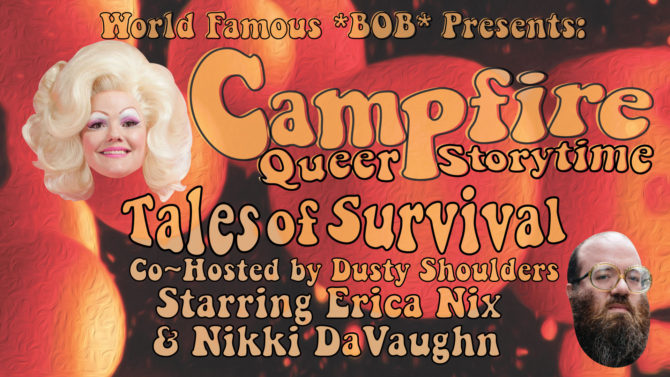 Campfire Queer Storytime was co-created over 3 years ago by World Famous *BOB* & Dusty Shoulders as a monthly event in NYC at Dixon Place. The event gives booked artists the opportunity to share their stories in any form they wish–song, storytelling, film, ritual, anything–there are no boundaries except that it has to have a simple set up in order  to create that “by the campfire” feel that is so inviting. Breaking the fourth wall, Campfire also includes the audience in the experience: The last 5 minutes of Campfire is given to an audience member who put their name in the hat as a willing participant to share a brief memory. When we’re in a circle around the flames, what we have in common, versus how we’re different, surfaces in beautiful and inspiring ways.