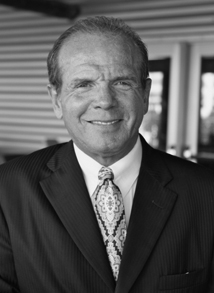 Born and raised in Big Spring, Texas, Gary Newsom attended Texas A&M and West Point, where he was the captain of the baseball team and second in command of the Corps his senior year. After graduation in 1973 and commission into the Infantry, he received his Ranger tab and jump wings and served for four years as a paratrooper in northern Italy. After his distinguished military career, Gary was accepted to the University of Texas Medical Branch and received his MD in 1983. After a training at the Texas Tech University Health Science Center (TTUHSC) in Lubbock, Texas, he was a partner in nephrology practices in Lubbock and Midland until retiring in 2011. Currently, Gary is the head of Newsom International, LLC, an east African-centered venture company involved with production and sale of an affordable nutritional supplement, bottled water, and oil and gas exploration. Other accomplishments include serving on the Board of Directors of the Austin Film Society, co-founding the West Texas Kidney Foundation, chairing the board for the Center for the Study of Addiction at Texas Tech, memberships with the Lubbock Area Foundation and the state of Texas Aging and Disability Services Council, and serving on the board of the West Point AOG. In 2007 after a medical mission to Uganda, he and his wife created the Lux Luceat Foundation. That entity raised enough money to construct a new wing of a rural hospital. After a trip to Tibet in 2011, he became an executive producer of Vultures of Tibet by Russell O. Bush. He is married to Beverly, an accomplished musician, and resides in Austin with her and two daughters, Brooke and Brittanny.