Join us for the Closing Night celebration! 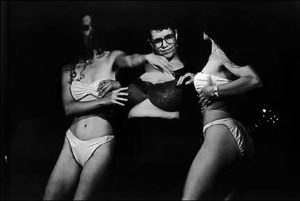 GIRLS IN THE NOSE

Girls in the Nose (GITN) is a rock band of six uncompromising women founded in Austin, TX in 1985 to create activist lesbian, sex- positive music and performance. Herstorically, GITN occupies a middle ground between lesbian singer-songwriter music of the 70s and outpunk lezzies riot grrls of the 90s. The original group was co-founded by Kay Turner, Gretchen Phillips (ex-Two Nice Girls) and Betsy Peterson. We three of the big, honking, beautiful noses actively fantasized about a band of electric dykes that would herald a new age of queer music. We took our name from our physiognomy: all three of us had been told by men that we would be “prettier” if we got nose jobs.

Needless to say, we took this directive in a different way. We made our Noses into our job: we would be the band that smells like a dyke. It seems amazing now, but 30 short years ago there were hardly any all-woman electric bands, let alone all-electric lezzie bands. We became a six-piece band in 1987 and played our noses off until 1996. All of us have stayed involved in various band projects since then, but there was something so nosey and nasty about GITN….we want to bring it all back for old and new audiences. 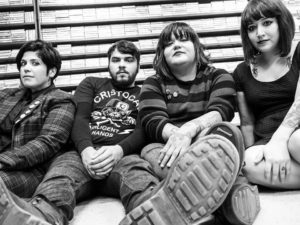 Fea is the continued ferocity of Girl In A Coma’s Phanie Diaz and Jenn Alva, joined by lead vocalist Letty Martinez and guitarist Aaron Magana. Their melodic brand of riot grrrl chicana punk immediately caught the ear of many iconic collaborators, such as Joan Jett who signed them to Blackheart Records. Producers on their debut LP (self-titled) include Lori Barbero (Babes In Toyland), Laura Jane Grace (Against Me!), and Alice Bag (Bags), all of whom perfectly compliment the band’s fierce exploration of societal, cultural and gender-related issues. Mixing humor with abandon and English with Spanish, Fea empowers listeners and inspires dissidence. Those whose aim to oppress are in FEA’s crosshairs, and resistance has never sounded so infectious! 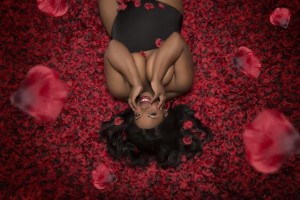